Interview with Chris Rallis, illustrator for Magic The Gathering

Interview with Chris Rallis, illustrator for Magic The Gathering

Magic The Gathering has always had excellent illustrators, capable of highlighting every creature or spell coming from the vast universe of which the game is part. We had the pleasure of interviewing Chris Rallis, author of several illustrations of the cardgame of Wizards Of The Coast and, in particular, of Teferi, one of the latest heroes presented in the new Commander decks of the Core Set 2021.

How did you start your career as an illustrator? Has it always been your first choice?

My first job was in the animation industry. I was around 15 years old when I started working part time at a film production studio in Athens, Greece, just to earn my pocket money. It was the time when each frame had to be inked on a cel and painted by hand. When I finished Technical Lyceum as a graphic designer, I became a junior animator in the same studio and by the time I was 18 years old I was a lead animator and junior art director. That was the time I decided to be a freelancer illustrator. That was in 1999. I’ve started doing illustrations for advertising agencies and publishing houses. It was a well payed job, but not my cup of tea. I’ve always liked drawing dragons, barbarians, elves and my dream has always been to work for Wizards of the Coast.

When the financial crisis hit Greece, in 2012, my wife and I decided to move to England. I remember that the only things we brought along were the clothes we were wearing, my pc and a Wacom tablet. Oh, and our two daughters. That’s when I started a new career as a fantasy illustrator. We barely had any money. Just enough to make ends meet. And because we didn’t have any friends at the time, we didn’t know we were entitled to claim benefits. But even though we had no support, I was optimistic and determined to build a career as a fantasy illustrator. Fortunately, with perseverance and a bit of luck, I managed to make my dream come true.

It could be anything. A pattern on the wall, could look like a goblin face, a movie scene, a book, or a painting. There are so many things that can be inspiring. I really like observing traditional paintings from J. S Sargent, J. W. Waterhouse, D. Velasquez, etc. It is so true that we stand on the shoulders of giants.

Do you prefer analog or digital draw?

I prefer digital painting because it’s faster. You don’t have to prepare things like canvases, paint, clean brushes, etc. It’s less messy and you can always “undo” when something goes wrong. To be honest, I’ve never painted traditionally. Not because I’m a snob. I’ve just chosen to work digitally. Some people think that digital painting is easier, or that it doesn’t need practice. That is not true. It has the same fundamentals as traditional painting. It’s just another medium of expression. I really admire professional traditional painters though. Their brush strokes are confident and it takes a lot of practice to achieve that. I always say to myself that I should try it, but I don’t make time for it.

You are an illustrator and you ever always done fantasy illustrations, but have you ever thought of drawing a comic book novel?

Yes. Many times. I already have a bunch of ideas, written on pieces of paper and hidden in my drawer. Who knows, maybe one day I’ll be able to publish a couple of them as a comic or a graphic novel.

In the past, you worked for an animation studio. Do you consider that experience over or there is a possibility that you could do it again?

I don’t think so. Being self-employed is hard, sometimes even stressful, but after 21 years of freelancing, I’ve got so used to working at my own pace that I can’t see myself doing a 9 to 5 job. Furthermore, I don’t think any employer would hire someone who wakes up at noon. I prefer to work at night, and many times I find myself going to bed just before sunrise.

Talking about Teferi, one of your last works from the new core set of Magic The Gathering. How did you conceive it?

I just followed the art description. Joking aside, the brief helps a lot. A sentence or a word is enough for an idea to just “click”.

How do you create a card? What elements are given to a designer to reach the final design? Do you have guidelines, only the text, or something else, or are you completely free?

Each MtG artist gets an art description, reference and a world guide. Based on that information, we have to come up with a concept that covers as many requirements as possible. However, we’re free to add, subtract or change minor details, in order to achieve the desired outcome.

What is the work you have done and are most proud of?

That is an easy answer and many self aware artists would respond similarly: my best artwork is yet to come. You see, I’m self-taught so I’m still learning new things about painting. I’m still a student, to put it that way. So, every time I look back to my old work, I find mistakes or thinks that I could have done better. Maybe one day I’ll be able to create a painting that doesn’t have any flaws.

Which card made by a colleague would you have liked to draw?

Never thought about it. Honestly, I’ve never came across a card and said “It would be cool if I had done it”. I reckon the art directors are wise enough to commission each one of us based on our strengths. Some artists are good at painting monsters, others are good at painting characters, etc. So, artists paint stuff they love. And that’s why working for MtG is so awesome.

Are you a Magic player? if yes, your perfect deck?

I used to be a MtG when I was a teenager. I barely have any free time now.

Talking about Wizard’s current decision to fix some cards deemed not in line with modern social rules, what do you think?

The success of an individual, a team, or a company is determined by how easy they adapt. Times change and we have to change with them. Many things have definitely changed (fortunately to the better) since MtG was created. The game itself is not only a product though. It is a whole community. It brings people together, no matter their differences. So, it makes sense for Wizards to listen to the community and update some cards.

What about the future? Are you working on something?

Yes, but due to NDAs I can’t answer this question. If you’re talking about a personal project, like I said, I’d like to start a comic or a graphic novel. I hope I’ll be able to kick it off in the next couple of years.

Teferi is part of Magic The Gathering’s Core Set 2021. You can purchase its pre-release pack by simply clicking here. 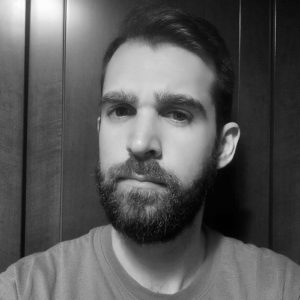