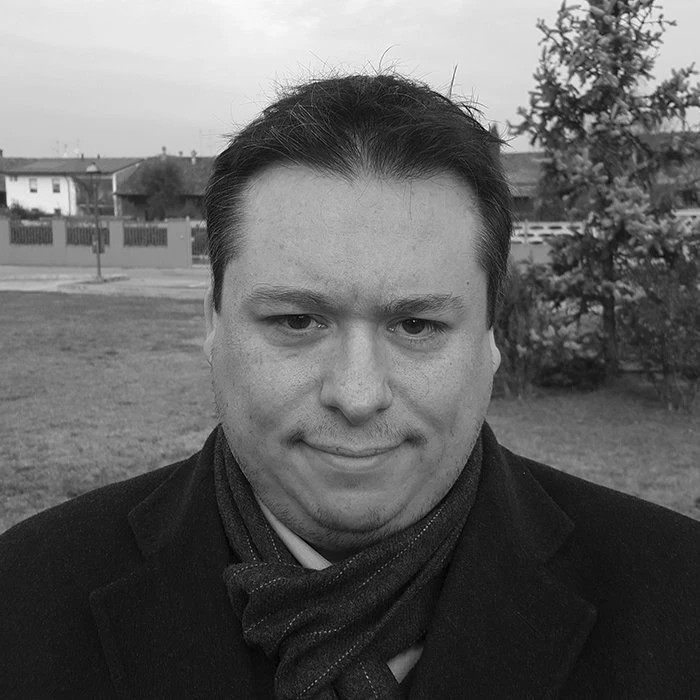 Our interviews related to Vaesen – Nordic Horror Roleplaying (read our review in Italian here), published by the Swedish publisher Free League Publishing, continue. After interviewing Nils Hintze (read the interview in Italian and English here), author of the game, today is the turn of Johan Egerkrans, the creator, artist and author of the critically acclaimed book Vaesen: Spirits and Monsters of Scandinavian Folklore, on which the game setting is based, and who helped make the game book truly wonderful thanks to his beautiful illustrations.

The interview with Johan Egerkrans

Hi Johan, thank you for your time. We know that you are a prolific artist who created as author and illustrator, among other things, the acclaimed illustrated book “Vaesen: Spirits and Monsters of Scandinavian Folklore”. This is the book on which the setting of the tabletop RPG Vaesen – Nordic Horror Roleplaying by Free League Publishing is based and whose manual enjoys your artworks. Tell us a little more about yourself: when did you approach the world of illustration? How long have you been working as an illustrator an when did you realize this was going to be your life’s work?

Tell us a little about your past projects, what did you do before publishing Vaesen: Spirits and Monsters of Scandinavian Folklore and the consequent role-playing game?

I’ve been drawing all my life – probably since before I can remember. The first drawings my parents have saved are from the age of two or three, and I’ve never stopped doodling and sketching at any point in my life. My first paid gig was a comic strip I did for the local newspaper where I grew up when I was 16. A few years later I met Johan Sjöberg and Stefan Ljungqvist who had just started up a games company called Cell, and I illustrated their first RPG Gemini. So that was my first roleplaying game. After that one thing led to another and I became a concept artist working mainly with computer games, and after yet another few years I found myself working more and more with children’s books. That’s been my main focus ever since.

Can you tell us something about the genesis of Vaesen: Spirits and Monsters of Scandinavian Folklore? What prompted you to dedicate a book to Nordic folklore? How much myths, legends and folklore are part of your life?

I´ve nursed a deeply rooted fascination for myth and fantasy since… Well, forever, I guess. When I was ten, I discovered Tolkien and fantasy roleplaying games basically at the same time, which was a revelation to say the least. Those formative RPG years have defined my career – everything I do is basically aimed at myself at ten years old. I was also really into mythology as a kid – that fascination goes back even further. the Norse myths of course, but also classic Greek and Roman mythology, Egyptian, Celtic – all of them. But the Norse myths and Scandinavian folklore was always closest to my heart. The concept of the book Vaesen is very much inspired by Alan Lee and Brian Frouds  late seventies book “Faeries”,  about fey from British folklore. I had that as a kid and always wanted to do something similar. When my editor wanted me to write something of my own, I fell back on that idea, also taking inspiration from RPG monster manuals, and Vaesen was born.

Taking a look at your works on your Internet channels, it’s possible to see how your artistic style, while remaining true to itself, varies depending on the subject. As for the folkloric and more purely fantasy subjects, I find your style to be decidedly fairytale and dreamy – which I really love – and it reminds me the works of another Swedish illustration master: John Bauer.
What are the artists and works that most influenced you?

Bauer is obviously one of main inspirators. I fell in love with his works as child – we had a huge collection of his illustrated fairy tales at home, and I could sit and flip through that book for hours. His contemporaries like Arthur Rackham; Edmund Dulac, Kay Nielsen and Gustaf Tenggren are also hugely influential. Then it’s all the comic book artists I grew up with – Mike Mignola, Simon Bisley and many more. I’ve always had a knack for imitating others styles, which came in very handy when I worked as concept artist – one month you did a superhero game in a highly stylised Bruce Timm style, another month it was horror inspired by Clive Barker, Frazettaesque fantasy or something completely different.

I still do that to an extent – I like incorporating little homages to my favourite illustrators in my pictures.

The subjects linked to Vaesen, even the most typically monstrous ones, are rarely illustrated in a truly frightening way, often in fact they display a sort of melancholy vein, as if to represent a magical world that is gradually disappearing. This is also one of the themes of the RPG setting. What are the reasons behind this stylistic choice?

Well, the vaesen are nature spirits, closely linked to the natural world and at times quite inseparable from nature itself. They ARE the mountains, the lakes and the forests. Considering how we humans treat nature it’s perhaps not very surprising there will be a streak of melancholy in there… The game is set during the industrial revolution, which is when we really started messing up the planet on an industrial scale.

In the preface of Vaesen – Nordic Horror Roleplaying we learned that you have been, and we assume you still are, a roleplay gamer. Tell us about your relationship with RPGs, has it in any way influenced your being an illustrator?

It certainly has. From the moment I discovered RPGs at the age of ten or so I wanted to be a roleplaying game illustrator. Which I ended up doing as things turned out.

The book Vasen is also partly inspired by the monster manuals from my roleplaying days – I wanted to do something similar, only based on actual folklore (“real” trolls instead of fantasy trolls) and without stats.

Can you tell us how the process of creating your illustration takes place? What medium do you like to work with?

I work in a sort of mixed media style, where I do preliminary sketches or lineart on paper, and render the final painting in Photoshop. I almost never draw straight into the computer – you can’t beat the tactility of pencil on paper. In my opinion something gets lost when you only work digitally. The computer is a great tool though.

Can you tell us which was the transition from Vaesen: Spirits and Monsters of Scandinavian Folklore to Vaesen RPG and how it was?

From the moment Vaesen (the book) came out, me and Fria Ligan/Free League started talking about adapting the book into a roleplaying game. Like I said the book was partly inspired by RPG sourcebooks so we already had a monster manual – we just had to come up with a suitable setting. A campaign world. We soon settled on 19th century Scandinavia – we wanted a certain fairy tale element, a dream like quality, so we didn’t want to set it in modern times.

Your magnificent illustrations within Vaesen – Nordic Horror Roleplaying are a perfect counterpoint to the text of the game and manage to completely immerse the player in the setting. How deep was your collaboration on this project?

I was pretty hands on. The game is of course expertly written by Nils Hintze, but the early development, the basic concept, was made by me and the guys at Free League. I commented and had a hand in the development of the game from start to finish. As an old roleplayer myself I had some ideas about how the game should work and of course I had a vision about how the vaesen themselves should be portrayed. It was very important they remain mysterious and eerie – they should never be turned into bog standard RPG monsters. We didn’t want adventures of the type “You’re attacked by 2D6 gnomes with short swords”. It should be very different from a dungeon crawler.

I think it really can. RPG can be just as beautiful as book. And I really like books – the physical aspect of them. They can be beautiful artefacts. Not just the illustrations but the typography, the binding and so on – all those aspects contribute to the whole. That’s what me and my publisher set out to do with the original Vaesen book – create a very tactile book that oozed quality, and we wanted the RPG to be just as attractive.

What can you tell us about your future projects? Will we soon see other works of art of yours among the pages of some RPG book?

There will certainly be more Vaesen sourcebooks, and we’ll continue to expand the setting. Those pesky Undead may very well make an appearance…

Apart from that, we’ll see what the future holds. This fall sees the release of a new edition of Astrid Lindgren’s 1954 classic “Mio, My Son” with my illustrations, as well a my fourth (!) dinosaur book about Triceratops and other ceratopsians. Upcoming projects include a big volume on dragons of myth and fable that should be out in Swedish, English and German some time next year.

Unfortunately, there are no Italian editions of your works, do you think that in the future it will be possible to see the localization in Italian? In the meantime, unfortunately it is almost impossible to find in Italy even the English editions of the books you have made, can you suggest to our readers where they can buy them?

Hard to say. That’s really up to the italian publishers. For the time being  Vaesen, Norse Gods and The Undead are at least available in English from www.grimfrost.com and I think Swedish bookstores ship to all over the EU. Try www.bokus.com. If you speak German, all my books are available in that language from Amazon.

What do you want to say to the Italian players to convince them to try Vaesen RPG?

If you want a roleplaying game that is part Penny Dreadful, part Call of Cthulhu and part John Bauer fairy tale, boy do I have a game for you!

Thanks again Johan for your time and your kindness

Thanks for having me!